The Center for Liberal Studies – Markos Dragoumis (KEFiM) established and presents for the second consecutive year the PROMETHEUS Awards.

After the extremely successful first year, the institution grew, and still has as its main objective the rewarding of people from different sectors who, with their work or activities, symbolize the values of liberalism.

Prometheus represents a basic principle of liberalism, according to which the liberal man raises his stature not only for his own freedom but for the freedom of others as well. The myth of Prometheus also symbolizes the trust in man and his ability to manage knowledge along with the responsibility that this entails.

This year, the PROMETHEUS 2018 Awards Ceremony will take place on Monday, December 17th 2018 in the Terpsichore Hall of the Hilton Athens Hotel, and hosting will be the director and actor Giorgos Angelopoulos.

At this year’s ceremony, as a keynote speaker, we have the honor to have Leszek Balcerowicz, the former Minister of Finance and Deputy Prime Minister of Poland, who implemented the famous Balcerowicz Plan (1989-1992).

Dr. Leszek Balcerowicz is this year’s winner of the Advancement of Human Freedom Award!

(1) Artist of the Year: Konstantinos Markoulakis

(5) For the Advancement of Human Freedom: Leszek Balcerowicz

• The nominations come from the proposals of KEFiM’s 100 members

• The committee selects among the candidates the winner of each category

Nikos Drandakis, Founder of The BEAT

Get your seats in time for the wonderous night here! 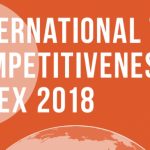