The alternative of Metternich | Aristides Hatzis 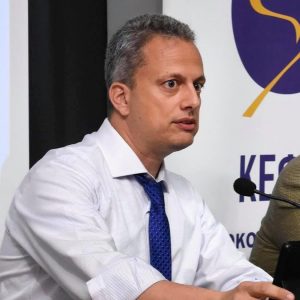 Panagiotis Karamalis graduated from the School of Electrical and Computer Engineering of the National Technical University of Athens in 1999 and obtained his Ph.D. in Wireless Communications from the same institution in 2005. He is currently a Postdoctoral Researcher at the Department of Digital Systems of the University of Piraeus. His field of research includes design and modeling of telecommunication systems, mobile radio channel characterization and evolutionary algorithm applications in communications. He is the co-writer of several research articles with many references in the scientific literature.

He has been a teacher in Secondary Education since 2001, initially as a professor of Technology and Informatics, and subsequently a member of the administration staff of a Private School. Since 2010, he has been Head of the Research and Development Department. His interests include communications and network applications in education, STEM training, and development of programs that emphasize on 21st century skills.