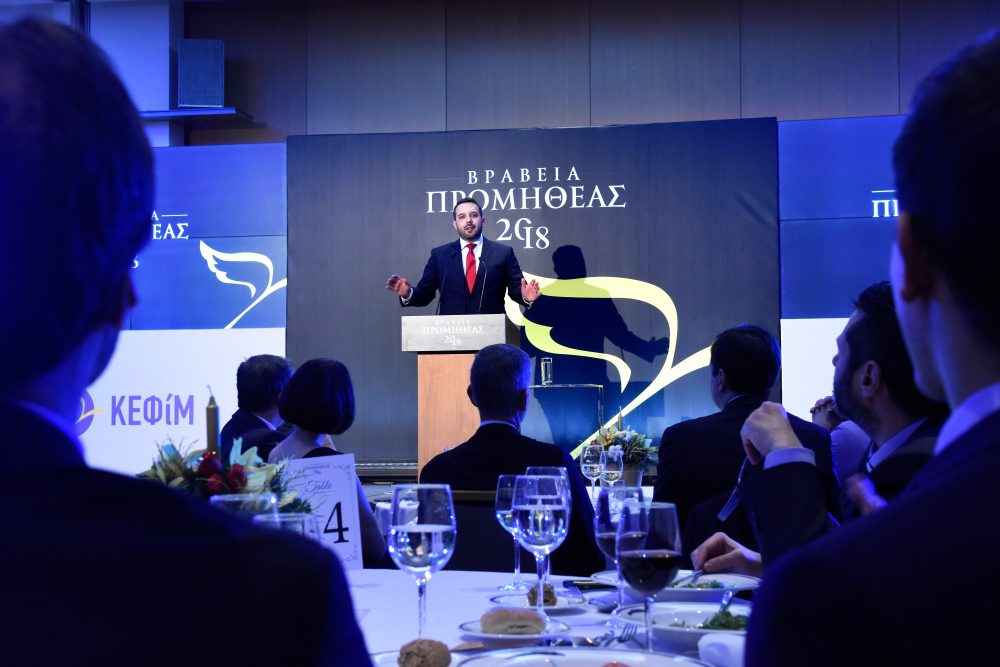 With great success, the Center for Liberal Studies – Markos Dragoumis (KEFiM) awarded the PROMETHEUS Awards for Freedom on Monday 17 December for the second consecutive year – an initiative that aims to reward individuals, whose work or activities symbolize the values of liberalism.

Prometheus represents a basic principle of liberalism, according to which the liberal man raises his stature not only for his own freedom, but for the freedom of others. Prometheus myth also symbolizes trust and man’s ability to manage knowledge together with the responsibility that this entails.

Τhis year, the event presented by the director and actor Giorgos Angelopoulos took place at the Hilton Athens Hotel and hosted more than 200 men and women from a rage of academic and business fields as well as politics. Among the politicians present were, Evangelos Venizelos, Stavros Theodorakis, Haris Theoharis, Stephanos Manos, George Mavrotas, Theodoros Skylakakis, Makis Spyratos and Kostis Hatzidakis.

Winners of the Prometheus Award 2018:

(1) Artist of the Year: Konstantinos Markoulakis

(5) For the Advancement of Human Freedom: Leszek Balcerowicz

Awarded by the Friedrich Naumann Foundation as Young Liberals of the Year 2018:

KEFiM also supported the voluntary actions for citizens and the environment of the “Oloi mazi boroume!” initiative, via a silent auction for Prometheus, auctioning the “Fellowship of Freedom” painting by Christos Zoidis.

Photo gallery of the event.

Watch the full video of the event here. 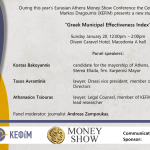